Maybe you’re asking yourself:  What do super easy vegan recipes have to do with leanjumpstart.com? Is this blog transitioning now from a clean eating approach to a vegan lifestyle?

It all comes down to the question of how “clean eating” is defined. As hopefully, we are all evolving, my point of view has considerably changed over the last five years. Read more about it, at the end of this blog post.

The fact is, 90% of my clean recipes anyway were plant-based and vegan by nature. What I've done now is to hand pick my favorite simple plant-based recipes and showcase them on this page for your convenience. I'll also explain in this blog post the 3 most common reasons for going vegan. 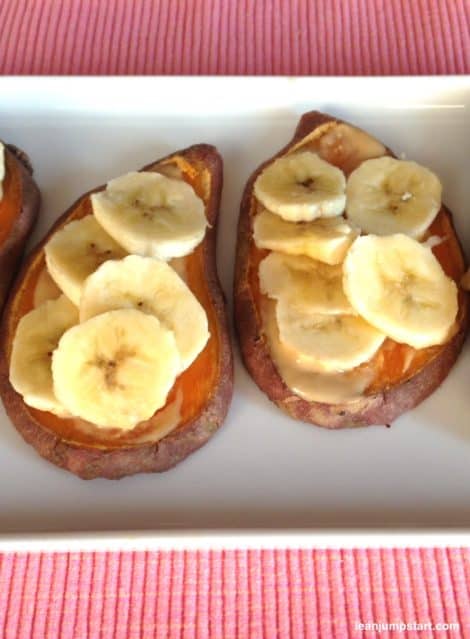 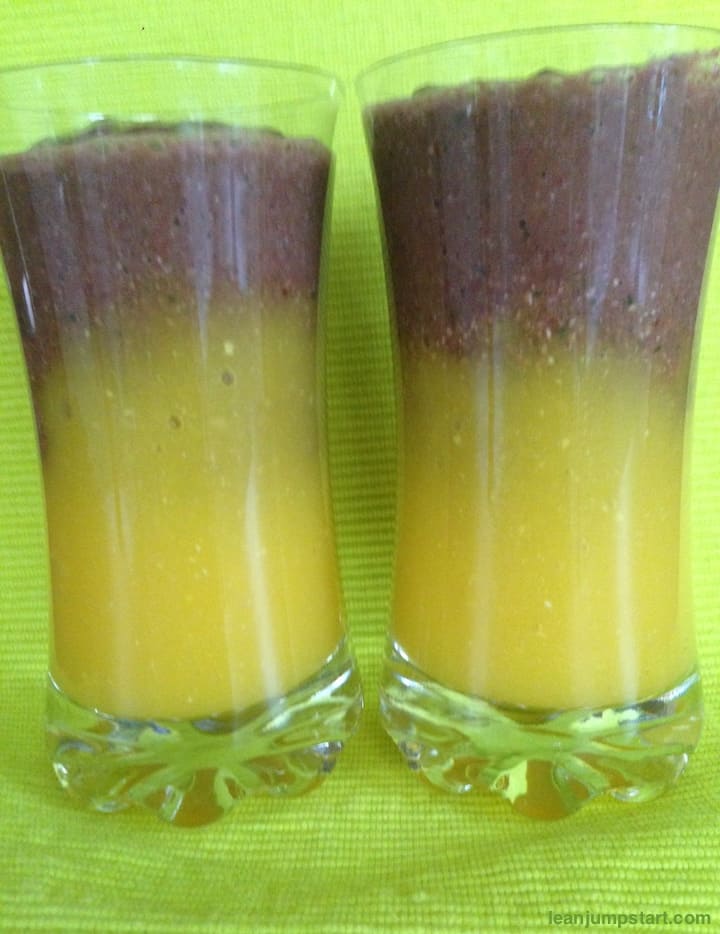 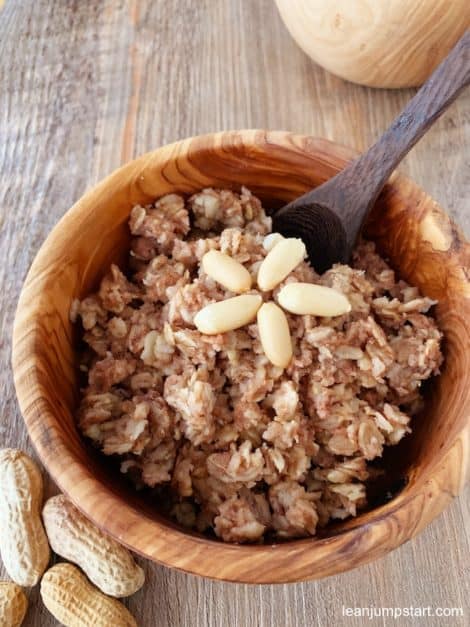 Most of the following plant based recipes can be ready within 30 minutes and are perfectly suitable for a delicious vegan weeknight dinner.

jambalaya with quinoa and legumes

Well planned, is often half cooked!

Here are some tips for quick and easy vegan recipes in stressful times or when you have to hurry:

There are many reasons in favor of a vegan diet. Depending on the individual's point of view, they may be weighted differently.

Here are the 3 most common reasons for a vegan diet or a vegan lifestyle:

Mass animal farming has reached such horrible levels today that many people no longer want to support it. It is only a matter of profit and animal well-being is completely ignored.

Farm animals such as cows, pigs, and chickens live in tiniest places and are massively restricted in their natural way of life.

The idea that cows graze happily on green pastures, as often suggested in advertising, is only true in very exceptional situations. Farm animals often see the sun for the first time when they are going to the slaughter. A cruel thought for me!

In addition, many animals in mass farming usually reach only 5% of their natural life expectancy. (1)

As repeatedly seen in the media, there are often new scandals in the way animals are treated, especially during the slaughter process. The consumption of eggs and dairy products is also inevitably associated with animal suffering.

For example, many people do not realize that a cow, just like a human, actually only produces milk when it has a little calf. So she needs to get pregnant all the time. The calf is then usually taken away from the cow a few days after birth.

Food scandals caused by factory farming are also part of the daily reality!

If you want to dig deeper into this sad reality, I recommend watching “Earthlings“, a very popular documentary on Netflix about meat consumption and animal farming. Other ethical documentations worth watching are Cowspiracy and the latest, Australian documentation Dominion.

Sidebar: I sincerely respect people with a vegan lifestyle (my 16-year old daughter is one of them, for the past two years) and I understand their ethical reasons. Sadly, many vegans opt for store-bought vegan junk food products, instead of discovering the huge variety of easy, plant-based meals. Hopefully, my super simple plant-heavy recipes can offer some inspiration for home cooked meals.

Numerous studies have shown that today's meat and dairy consumption is directly linked to lifestyle diseases such as obesity, cardiovascular disorders, diabetes, and elevated cholesterol levels. Also, some types of cancer can be attributed to animal-based nutrition.

If you want to look more intensively at the topic veganism and health, I recommend the following documentation and books:

Animals aren’t the only ones who suffer from modern factory farming, but also the environment. According to the UN, emissions from livestock account for 14.5% of all human-caused greenhouse gases. It also pollutes our soil and groundwater.

In addition, animal-based products require a lot of water. In one kilogram of grain-fed beef, for example, 15,000 liters of water are required. (2)

Only 1% of this water is consumed by the cattle themselves, while the remaining 99% is needed for the feed production. A third of the world's cereal harvest and even a staggering 85% of the world's soy harvest are used for animal feed in factory farming. (3)

These three were probably the most important reasons for going vegan but by far not all.

The word “vegan” can be very misleading

There are many different subtypes of veganism where vegan is associated with:

As you can see, the word “vegan” can be very misleading and loaded with a political agenda… just too much and everyone battling against the others because everyone seems to know best.

Putting everyone in a camp and declaring war on the other camps is a popular strategy of the media and food industry. The more controversy and confusion they create the more the status quo prevails.

The meat and dairy lobby is huge and has no interest in losing their consumers for any of the above reasons.

Although certain interest groups together with the media won't stop to create confusion, most serious health and food researchers do agree on the basic principles of an optimal diet. I'd like to cite in this context Dr. Dean Ornish, which stated the following in an interview recently:

“But if you actually look at the evidence in its aggregate, there is a consensus that an optimal diet is a whole food, plant-based diet that’s naturally low in fat and refined carbs, and as close as it comes to nature as you can. “

In other words, modern medical science is quite clear that in the vast majority of cases, a plant-strong, whole foods diet, rich in fruits and vegetables and low in sugar and processed foods, may reduce an eliminate many chronic illnesses of our times.

Why I don't call myself “vegan”

It is interesting to see that baby boomers like me tend to be motivated by health reasons and millennials and generation Zers, are often motivated by different reasons (e.g. ethics, sustainability).

Although I care about our health and the health of the world, I don't categorize myself as a “vegan”.

I think the word “vegan” has become rather divisive and doesn't really do a lot for people in their relationships. Often it becomes a kind of “us versus them” thing. Isn't it funny how “words” sometimes fail to clarify communication?

I prefer to tell and show people what I eat (…most of the time a huge whole food plant based variety) instead of telling them what I'm not allowed to eat.

As I prefer to add before I subtract, I like to call myself plant-based rather than vegan because of that.

In which direction is leanjumpstart.com heading?

While I always tended to avoid meat, I could have never imagined giving up on dairy. The Food revolution summit 2018 however, was so eye-opening, that besides of meat now also dairy (like e.g. milk and cheese) has totally lost its attraction to me – for health and ethical reasons. I'll share more about the evidence-based research in a future blog post.

Don't get me wrong, I think I'll never become dogmatic about food and you won't see me transitioning to a 100% vegan lifestyle. The following quote sums it up for me very well:

“Don't let perfect be the enemy of good.”

I've started with an 80/20 approach to clean eating many years ago. Today I'm eating probably 90% of the time a clean, plant strong and whole foods diet, which is very rich in fiber.

I love the flexibility it gives me to make some exceptions from the rule (e.g. when my almost 80-year old Dad is cooking his famous goulash once a year), even though these exceptions are becoming increasingly rare.

While you'll still find some meat-based and vegetarian meals on this blog from a time when my clean eating definition was different, expect in future many creative plant-strong whole foods creations to come, which are easy healthy vegan recipes by nature.

Do you need a place where you can record your favorite plant-based recipes? Don't look any further. Click the following link to learn how I've created a community-driven blank recipe book for you. Or click below to grab the blank cookbook immediately!