Are you someone who doesn't like beets too much in spite of its numerous health benefits? Do you have high blood pressure?

If you confirmed at least one of the two questions with yes, then it's time to try this quick and easy beet soup recipe. You can thank me later, but first let me show you a way, how you can turn this root vegetable into your all time favorite! 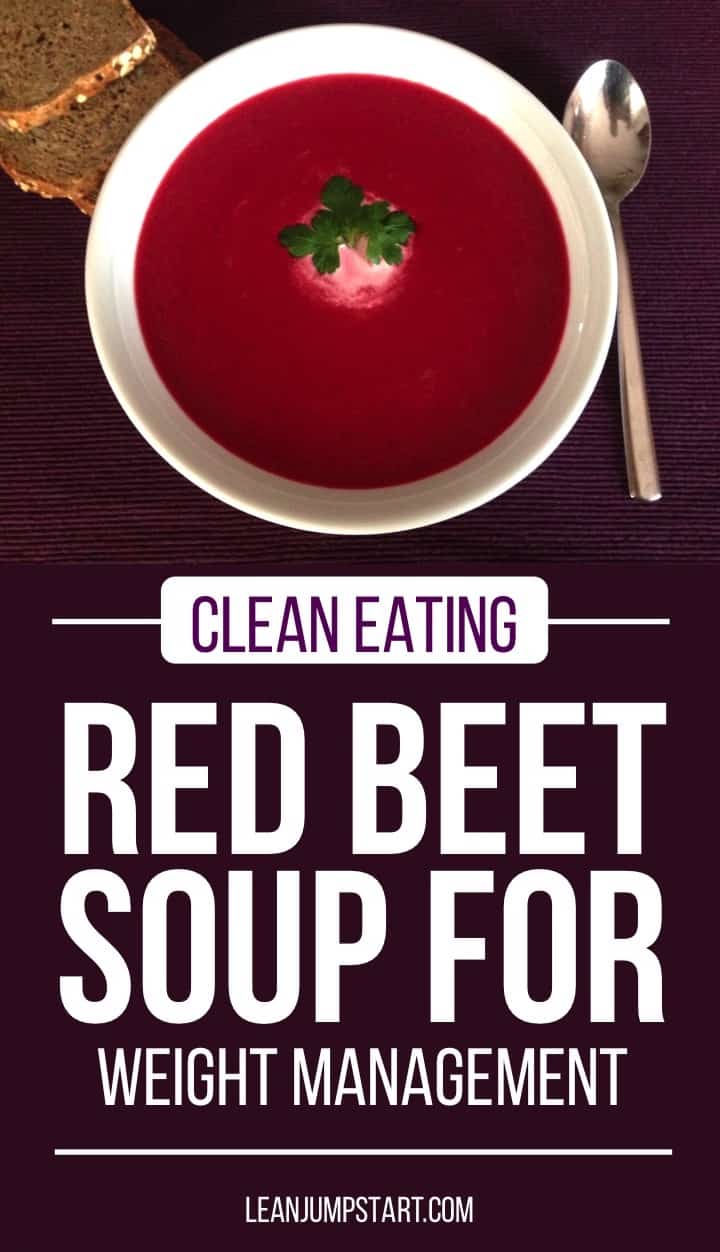 This creamy and yet skinny soup is so gorgeous, so decadent, so comforting…

After taking the photo below ↓ I not only squeezed two plates of the soup but managed to polish off a third. That's what I call a true red beet soup obsession. 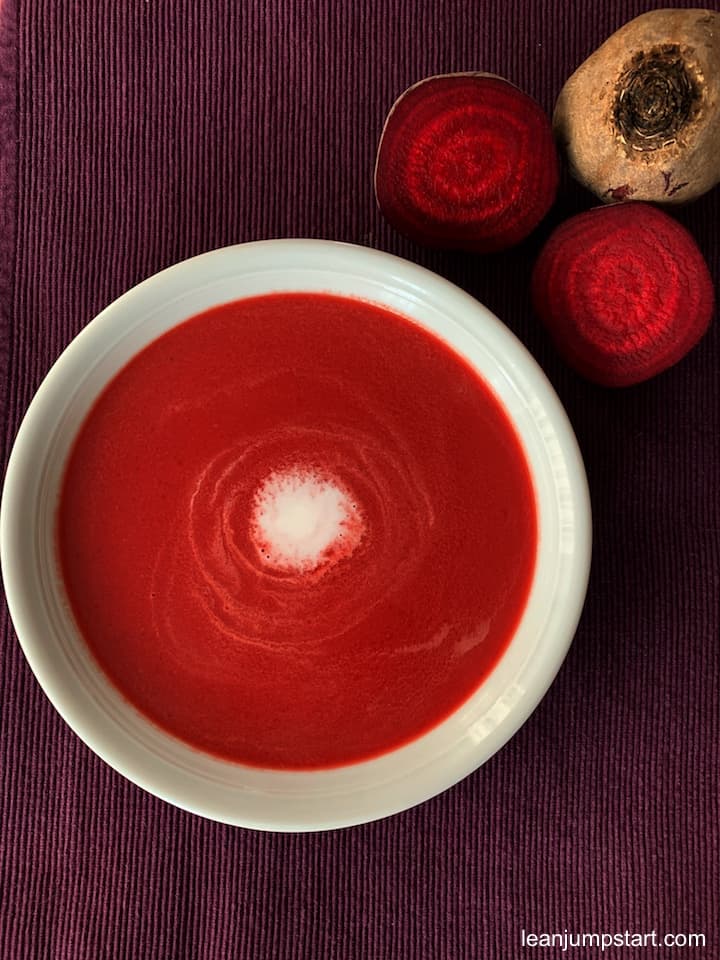 Heads up if you have a low blood pressure!

And it was not the best idea for someone like me with normal blood pressure. Red beets are known for their dietary properties to lower blood pressure (hypertension).

So, within hours of eating 3 plates of this delicious soup, I felt dizzy and light-headed. A feeling I know already when I go overboard with my beloved red beets salad. This incident proved me again the potent healing power of plant foods.

If you are struggling however with high blood pressure (a very common chronic condition in modern Western lifestyles) then the opposite is true. In that case, I highly recommend considering these tubers as your natural means to lower blood pressure. I'll share more about the impressive body of research on this in a minute.

But first, let's look on how to make beetroot soup?

A delicious, vegan soup that can be ready in under 30 minutes 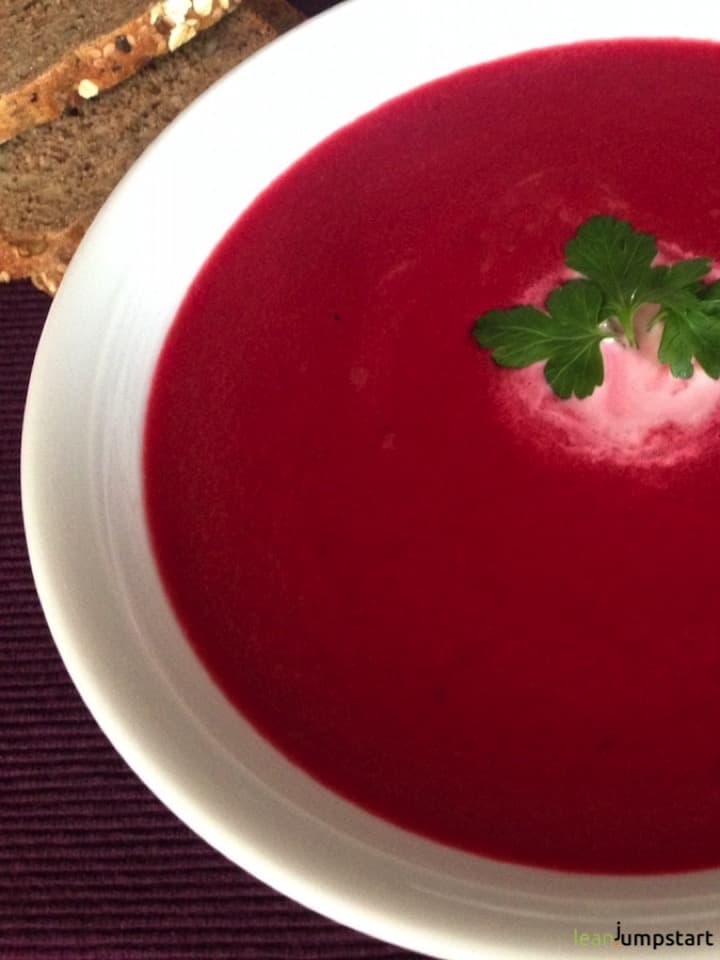 How to naturally beat a high blood pressure

Several studies worldwide have identified high blood pressure, or hypertension, as the number-one risk factor for death in the world.

The good news is that hypertension may be a choice. You can take of the pressure if you concentrate your diet around unprocessed plant foods. Clean eating points you already in the right direction. In that context especially red beets have shown promising results in a number of studies. 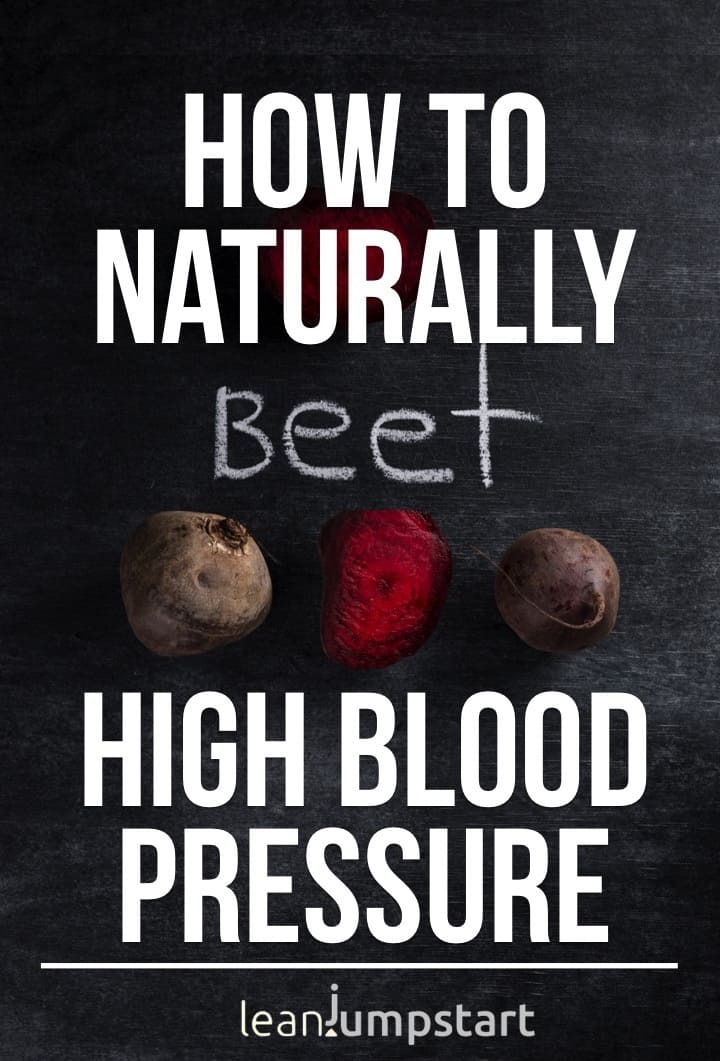 What I can tell you from my own experience is that eating too much cooked beets (in form of e.g. soup or salad) can drop my blood pressure too low.

I can't specify however how effective beet soup is in contrast to plain beet juice. The studies I've seen all researched the effects of “raw” beetroot juice. But if you anyway can't tolerate this root juice but would like to test the blood pressure lowering effect of beets, then I highly recommend giving this delicious soup recipe a try.

Hopefully, after making this soup recipe you'll declare that from now on, beets are a regular part of your vegetable consumption:)

Disclaimer: The information herein cannot be construed as medical advice. If you are taking any medications, consult your physician before changing your diet.